The Ultimate Guide to Turning Professional Services into Scalable Products

What Kind of MVP is Right for You (Yes, There is More Than One Kind of MVP)? 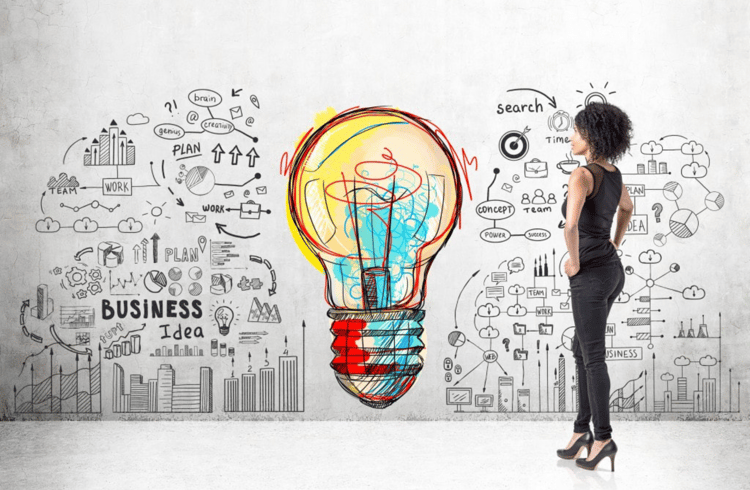 Some call it a Minimum Viable Product or MVP. Others call it a “Minimum Desirable Product” (MDP) or even “Simple, Complete and Lovable” product (SCLP). Whatever
vernacular you choose, launching your Minimum Viable Product (MVP) is about more than just getting to market. The MVP is a version of your product (or your product idea) with the right balance of features to satisfy early customers and provide learning. An MVP is not a smaller, cheaper version of your final product. It allows you to test your product in  real life with  real people in order to validate the product’s core value. MVP tests are designed to answer technical questions about the product, prove or disprove hypotheses, and get a real feel for the viability of the product in the market.
An MVP can help you avoid costly mistakes. Take Smith & Wesson's mountain bike flop in 2002. When you think of Smith & Wesson, images of bikes aren't likely to pop into your head, unless you are a police officer. Smith & Wesson has been making mountain bikes for police officers for decades. Given the success there, they decided to release a mountain bike for the general public. But the general public wasn't having it. The bikes were priced too high and diverged too far from what people expected to see from the Smith & Wesson brand. Good MVP testing would have either killed the project early or helped the company find a way into the consumer biking market that people would accept.

We draw from three proven methods to test our client’s MVPs (or MDP or SCLP, or whatever you want to call them).

Sell-then-build is aptly named. First, you sell the product concept. Then, you build the actual product. We like sell-then-build approaches that use a “landing page,” directing potential customers through advertising and email marketing. That landing page is a marketing tool that allows for testing the product against market expectations and demand.
​
This is the idea behind Kickstarter, which we’re all likely familiar with by now. It’s a platform for sell-then-build products for creative types. The designs range from world-changing to downright wacky. One woman raised over $1400, three times her goal, to create 100 little birds out of wire and felt. Who knew that there was a market for wire and felt birds? This woman does, and she learned it without first spending a dime on wire or felt.

You don’t need to use an official sell-then-build platform, like Kickstarter, to test your MVP. A landing page on your company website will do. The landing page needs to explain the product’s features and the problem it will solve for customers. Depending on the product, the landing page can get people to pay in advance or be added to a waitlist that ensures they are among the products first buyers.

To be clear, this isn't an email grab. You want to gather feedback from page visitors and measure genuine demand for the product. This usually comes in the form of people signing up for your waitlist or giving you money in advance. You can also collect feedback from a short survey about their interest in the product and the features they'd like to see. [Read more about Getting More Juice out of the Your Voice of the Customer Interviews]

Toto was the real hero of the Wizard of Oz when he pulled back the curtain to reveal that the giant talking wizard head was just a sweet old man appearing all-powerful. The wizard wasn't trying to pull off a nefarious deception. His intentions were good; he just didn't have the skills yet to be good at his job.  Wizard of Oz prototyping is similar in that it gives the impression that a product idea is an existing product when in actuality, it's under development. There is work being done in the background, but customers don't know it’s happening.

Wizard of Oz prototyping isn’t nefarious deception either; it’s a simulation of what the real product could look like and do. It's merely a way to avoid building expensive systems or platforms until you know there is a real demand for a product or solution. And since testing is performed manually, you can quickly modify the product to rapidly test many hypotheses in search of the most effective product.

Zappos was started using Wizard of Oz prototyping. Nick Swinmurn came up with the idea of selling shoes online when he struggled to find a pair of boots he wanted. He was at a shoe store in the mall when the idea struck him. In an interview with Fortune, Nick says he approached the store and said, "I’ll take some pictures, put your shoes online, and if people buy them, I’ll buy them from you at full price.” So, that’s what he did. He set up an online store. When people ordered shoes, he’d go to the store, buy the shoes and ship them to the customer. He was the man behind the curtain until he no longer needed to be. Now, you can hop onto Zappos.com to have any shoe you might ever want sent to your house in two days.

The  Concierge Test is similar to Wizard of Oz prototyping in that the work is still being done, but, in this case, your customers know it’s happening. Concierge testing lets you try out your product idea by first providing it to a small group in beta form.
​
A commonly shared example of good concierge testing is the sister-team behind  Rent the Runway. If you aren't familiar, Rent the Runway is an online platform enabling people to borrow designer clothing and jewelry at a fraction of the cost. The sisters behind the now $100 million company started with two beta tests. The first test offered college students a chance to come in and try on clothes to rent and return. It was a success. So, they moved to the second test which allowed women to see the clothes, without the ability to try them on. Women still rented and returned the clothes. With two successful betas under their belts, the sisters knew they had an idea that was ready for scale.

This is a very high touch form of testing, as you manually work out what the product will be, and how customers engage with it. While it is intensive, concierge testing gives rich insight into your customers’ needs and desires because you are right there with them. Eventually, you can scale up the product and remove some, or all, of the human touch.

Regardless of the testing method you choose, the goal is to see how real customers engage authentically. Testing allows you to pivot your initial idea quickly and easily, if you learn that customers need or want something different, don’t let your product be the next Smith & Wesson Bike.

Have you used one of these MVP approaches or something else entirely? We would love to hear about it. Contact us.

Not sure about what MVP approach is best for your company? We can help.

Vecteris Turns 3! Top Three Things We Are Grateful For!
Attracting and Retaining Top Product Talent (when you are NOT a tech company)
Setting New Product Budgets for 2022